Join us Saturday, January 11, 2020 5pm-8pm,  to meet David Del Bianco, Columbus native and instructor at Columbus College of Art and Design.  Reception treats will be served!

“… the streets of downtown Los Angeles became my sanctuary. I had a belief that these alleys and epic structures could tell me a story better than my own.” 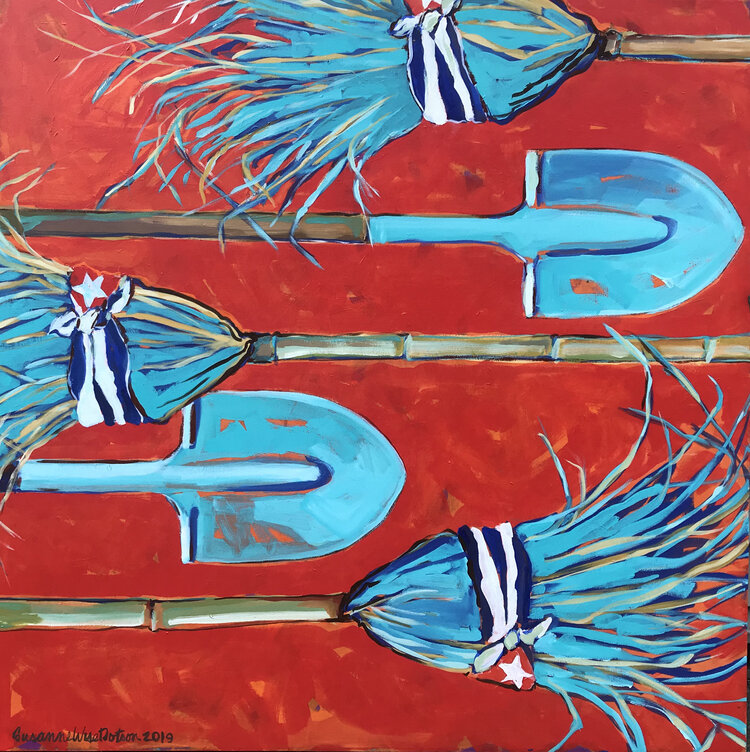 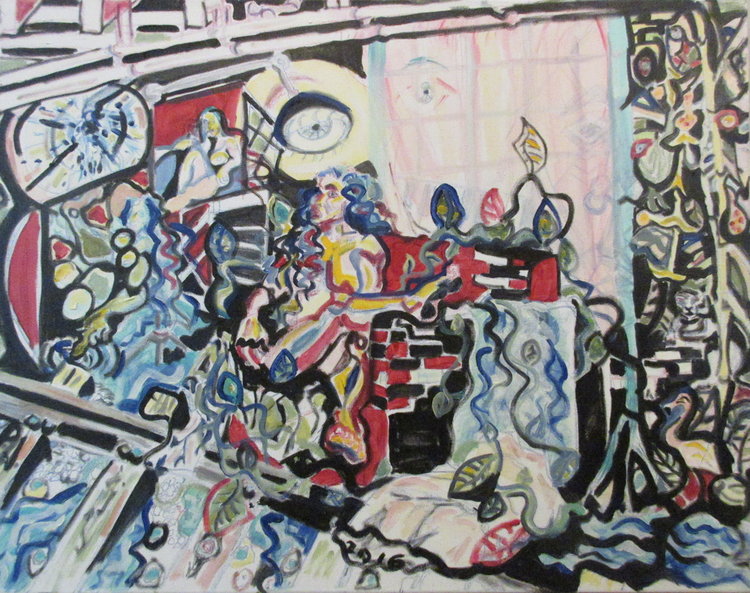 An Evening at Grid Furnishings with Opus Woodworking

This night is a designated Downtown Outdoor Refreshment Area event.

Shops will be open late too.

ModernMadeOhio is a multi-site exhibition of modern furniture collections, designed and made in Ohio. The common theme of ModernMadeOhio is Ohio furniture designers who have created individual design languages in the form of a visual vocabulary within a collection of production work. The organizations are 5 to 25 years old, however they are all established businesses engaged in the process of creating new masterworks of design.

Opening reception – October 18, 2015
Grid Furnishings celebrates grand opening in Worthington and fifth anniversary with Kirsten Bowen solo art exhibit, HOMECOMING. An opening reception will be held October 18, 2015, immediately following the 12:30 ribbon cutting for the new Grid Furnishings location.Bowen, an Ohio native, will discuss her work & process and invite Ohio poets, Steven Abbott, Pamela Brown, Colin Dearth and Steven E. Katz M.D., to read selected poems featured in her paintings. Singer, songwriter, Sarah Mann, will perform her original song “Young Love”. The lyrics to “Young Love” are part of a 32 foot wide, four panel painting titled “Believe in Yourself”. Other featured paintings on display will include “Loosed Leaves” based upon a haiku written by award winning poet Amos White, and “I Have Been a Stranger in a Strange Land” based on a poem by Rita Dove, 1993 – 1996 poet laureate of the United States. Both White and Dove are natives of Ohio.

Artist Reception for Chloe McEldowney Gallery Hop June 7th 6:00 – 9:00
Grid Furnishings is featuring an exhibit of large scale work by recent graduate Chloe McEldowney as a part the June Short North Gallery Hop. An artist’s reception for Chloe will be held Saturday June 7th, 6:00 – 9:00. Chloe was recently chosen as one of six winners of the Association of Independent Colleges and Universities of Ohio Award for Excellence in the Visual Arts.

Effulgence of the Stranger
“Through our scrutiny and glorification of human appearance, our ability to truly see is obscured. I’ve worked to reinvent my vision. To see what is hidden. To hide what is obvious. This quest for rediscovery has ultimately fueled my creation of figurative art.” Chloe is an artist from the small town of Russia, OH. Graduating with a Bachelor of Fine Arts from the University of Dayton, she currently paints and lives in Dayton, Ohio. Chloe has exhibited her artwork across the state of Ohio, as well as in California and Massachusetts.

December 2013– March 31st 2014
Rick graduated from the Art Institute of Pittsburgh and was an illustrator in the Armed Forces. He resides in Eastern Ohio, near the Ohio River. He also worked for one of the largest display companies in the country.  His credentials span from being an art editor for two newspapers, to freelance artist of fine arts and commercial art.

He has spent his life painting everything from signs to portraits – realistic to abstract. “I feel the most satisfied when I paint Real Art.” His creations are called Real Art because he believes that art should stimulate and relax one’s inner self.

“A portrait, landscape, flowers, or birds stimulate us to a degree but my art is a series of shapes and colors that portray a palette of variations. From the bright colors of the day to the dark colors of the night which creates extreme differences in our emotions. The smooth lines of a woman’s body or a rounded edge of a rose pedal to the harsh lines of a lightning bolt because extreme differences in our emotions. Most of these feelings we have are from birth. So I create as much stimulation as possible! Thus viewing my art work will produce a different stimulant or emotion every time it is viewed! If you look at my art one million times, you will see a million different things and feel a million different emotions. It’s not magic, it’s in there!”

Rick uses a variety of paints, any he can get his hands on. He is constantly looking for new paints he can integrate into his art.  Rick is inspired by Jackson Pollock and Dale Chihuly’s abstract work. Developed in layers of glosses and controlled colors Rick Wine’s art stimulates the mind and creates a new reaction each time it is viewed.

Chloe McEldowney, Effulgence of the Stranger

Through our scrutiny and glorification of human appearance, our ability to truly see is obscured. I’ve worked to reinvent my vision. To see what is hidden. To hide what is obvious. This quest for rediscovery has ultimately fueled my creation of figurative art.

The essence of my work stems from my family background. Out of our house, my parents run a maternity home and outreach program, welcoming in people from unfortunate situations. Pregnant teenagers, abused mothers, neglected children, teen moms, and recovering addicts have dnew family members, my interest in relationships and human experience ignited. My art continues to question the experiences and struggles of humanity on an individual level.

My quest for observation has forced me to take risks. After years of working from models in class, I realized that I had to take my ambitions out into the real world. Yearning to intertwine my passions for relationships and figurative study, I began to find models in less obvious places. While interning in California, I spent my free time wandering the streets of San Francisco, asking homeless people to sit for portraits and engage in conversation. Through these portraits, my art evolved into more than simply a figurative study. I learned to weave emotion, desperation, and hope into my mark. I began to see new value in my color palette and see beyond the surface of the breathing canvas.

Chloe is an artist from the small town of Russia, OH. Graduating with a Bachelor of Fine Arts from the University of Dayton, she currently paints and lives in Dayton, Ohio. Chloe has exhibited her artwork across the state of Ohio, as well as in California and Massachusetts.